Smashed Amiga 2000 Gets New Lease On Life
By Tom Nardi 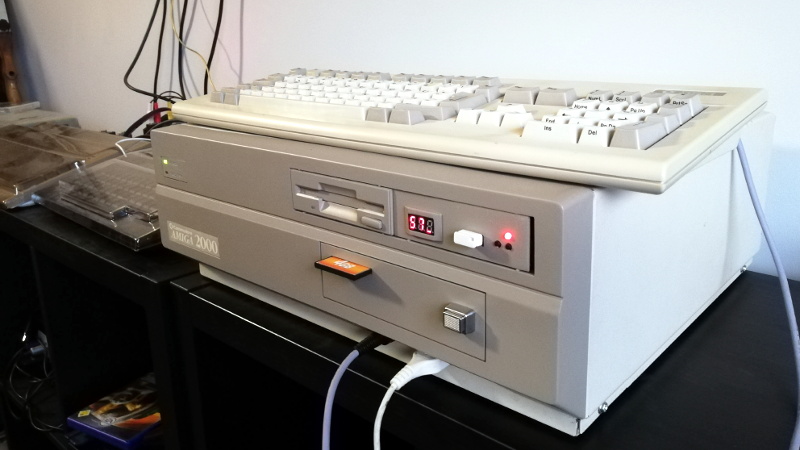 For most people, opening up a package and seeing that the Amiga 2000 you purchased on eBay had been smashed up by the delivery carrier would be a heartbreaking moment. But not [Drygol]. If you live and breathe vintage computer restorations like he does, finding your latest acquisition is in need of more repairs and upgrades than you originally anticipated is actually a bonus.

The first issue that needed sorting out was the broken case. This Amiga must have had one wild ride, as there were several nasty cracks in the front panel and whole chunks had been broken off. We’ve seen [Drygol] repair broken computer cases before, but it seems like each time he comes up with some new tricks to bring these massacred pieces of plastic back to like-new condition. In this case plastic welding is used to hold the parts together and fill in the gaps, and then brass mesh is added to the backside for strength. The joints are then sanded, filled in with polyester putty, and finally sprayed with custom color matched paint. While he was in the area, he also filled in a hole the previous owner had made for a toggle switch. 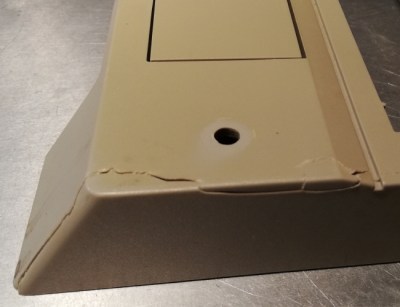 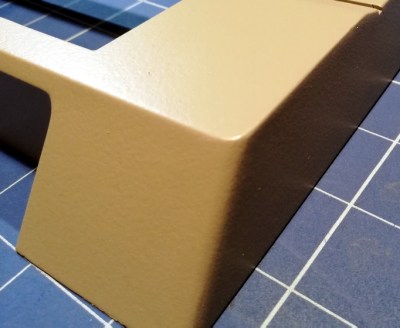 Then [Drygol] moved onto the internals. Some of the traces on the PCB had been corroded by a popped battery, a socket needed to be replaced, and as you might expect for a machine of this vintage, all of the electrolytic capacitors were suspect and needed to go. Finally, as the system didn’t have a power supply, he wired in a picoPSU. That got the 34 year old computer back up and running, and at this point, the machine was almost like new again. So naturally, it was time to start with the upgrades and modifications.

[Drygol] added an IDE interface and connected a CompactFlash adapter as the computer’s primary drive. For the secondary, he installed a GoTek floppy drive emulator that lets you replace a mountain of physical disks with a USB flash drive full of images. Between the two, all of the computer’s storage needs are met with nary a moving part.

The emulator was given its own 3D printed front panel to fit with the Amiga’s visual style, and he also printed out a holder for the RGB4ALL S-Video/Composite adapter installed on the rear of the machine. To help keep all this new gear cool, he finished things off with a new case fan.

Some will no doubt complain about the addition of the extra gadgetry, but to those people, we suggest you just focus on the phenomenal case restoration work. While you might not agree with all of the modifications [Drygol] makes, there’s no question that you can learn something by going through his considerable body of work.